DLMUP version 1.3.9.0 release fixes a few bug found due to testing. Full details can be found at the Changelog page.
Sunday 12th of June 2022 05:48:14 PMDLMUP version 1.3.8.0 released to fix the "this operation cannot be performed while an auto-filled column is being resized" bug.

DLMUP version 1.3.8.0 released to fix the "this operation cannot be performed while an auto-filled column is being resized" bug. This bug was caused by adding columns with the respective DataGridView's columns set to Fill the page, but then attempting to resize them, on application start up.

Improved the UI and hopefully fixed a bug which resulted in doubling up of archive files in the Unpack queue!

We've fixed a ton of bugs and reworked the threading for improved performance!

Don't forget that DLMUP (both 32 and 64 bit versions) use the latest version .NET 5.0 which you can get from Microsoft's Official dotnet resources located here:

Fixes resizing windows, KeepSourceDirectoryStructure bug and a few other assorted bugs including Starting Timer(s) even when the Settings were not valid. Enjoy!
Sunday 6th of March 2022 09:13:58 PMDLMUP version 1.3.2.0 has now been released!

As a result of this, DLMUP version 1.3.2.0 now only utilizes 7z.dll v19.0.0.0. Also fixed a Keep Source Directory bug which was using an invalid folder while unpacking archives from a network drive. 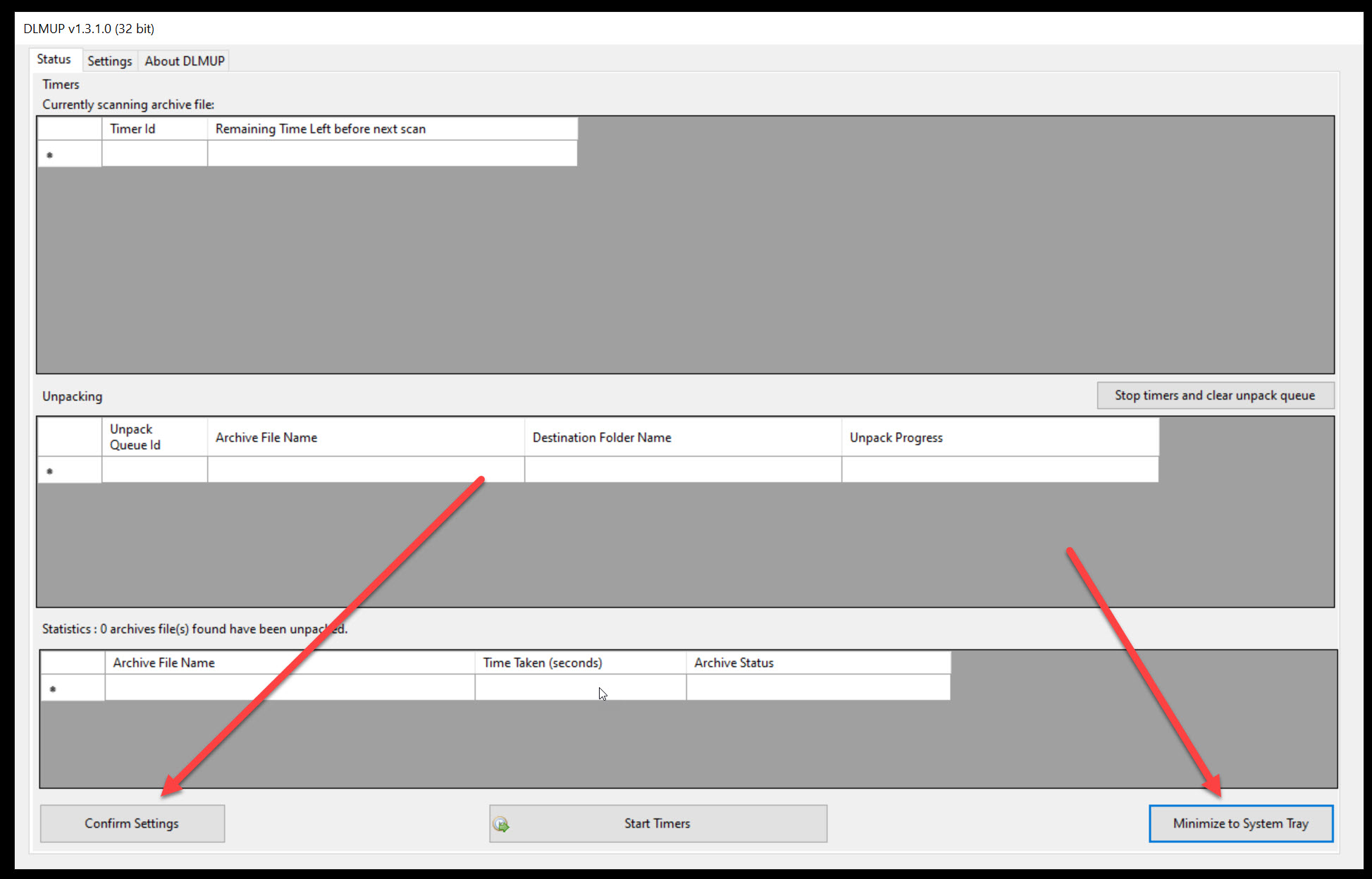 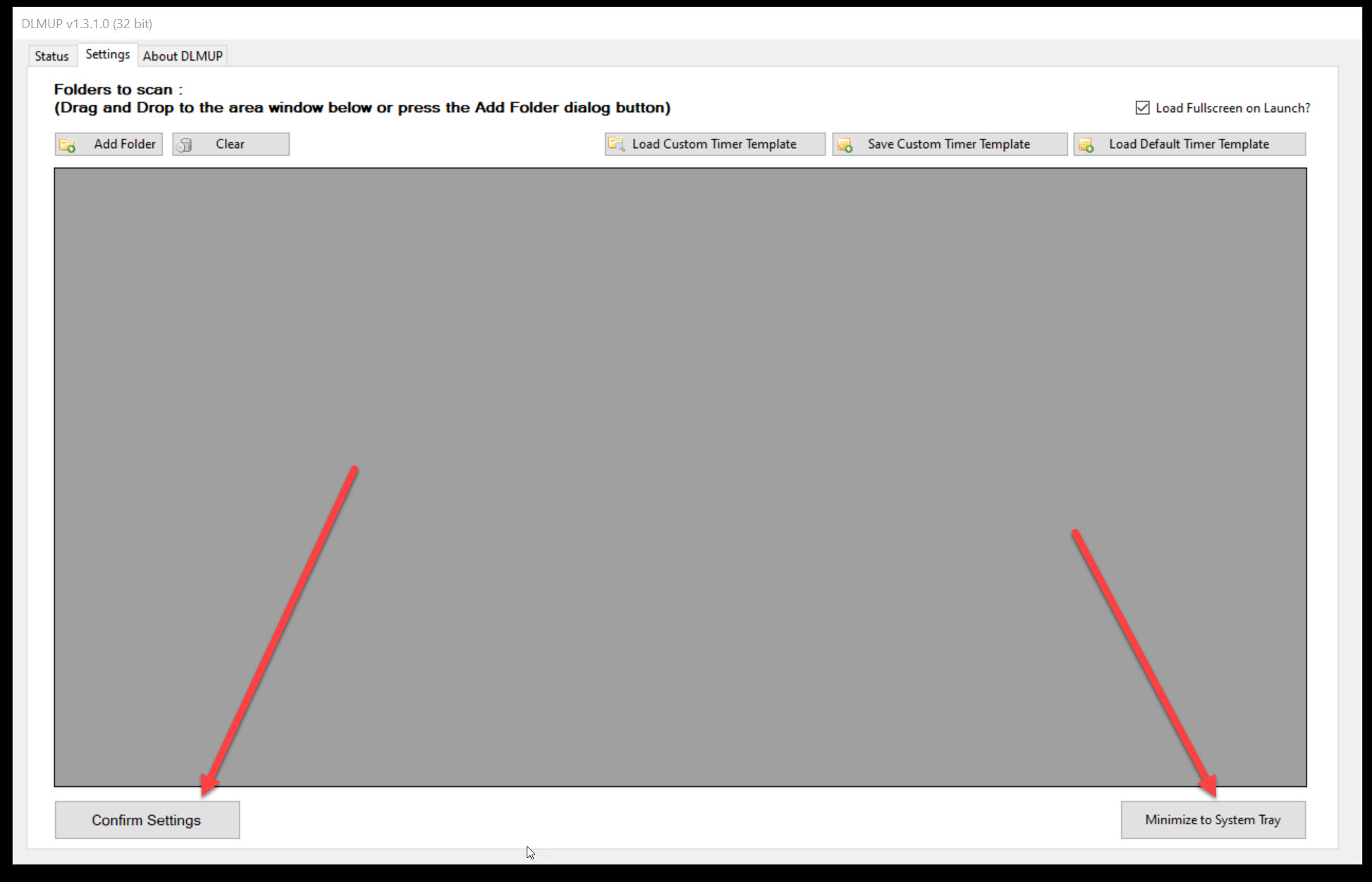 This release fixes the crash on Windows Controls Exit bug and the read-only Settings Controls bug that occurred when a timer was in progress. DLMUP now uses the latest 7z.dll for faster and more decompression support.
Saturday 11th of September 2021 02:46:05 PMDLMUP version 1.2.1.0 has been released

DLMUP version 1.2.0.0 has now been released in Windows 64 bit and Windows 32 bit versions.

Progress bars are back! As are many fixes too numerous to mention here.

Please check the Changelog page for more details on what all the changes were.

Our testers have found that there were a number of bugs that have still not been resolved by adding progress bars to DLMUP v1.1.3.0.

As a result, the progress bars have been removed, and the version has been bumped to v1.1.4.0 until they are fixed.

A quick update from the DLMUP Team.

The Unpack progress bar now shows with the progress counter, when unpacking, in version 1.3.0.0.

Also, the version of DLMUP you are running shows if it is the 64 bit or 32 bit version on the main title bar on the Status form.

DLMUP v1.1.1.0 - 32bit for Linux/Ubuntu is now available for download. It works by using the Wine Windows emulator in Linux.

Then unzip the DLMUP v1.1.1.0 - 32 bit package for Linux/Ubuntu (get it from the DLMUP Ubuntu/Wine Downloads page) into a directory and run it using the Wine command: wine DLMUP.exe.

We were unable to get the 64 bit version working properly at the time of this post using Wine. 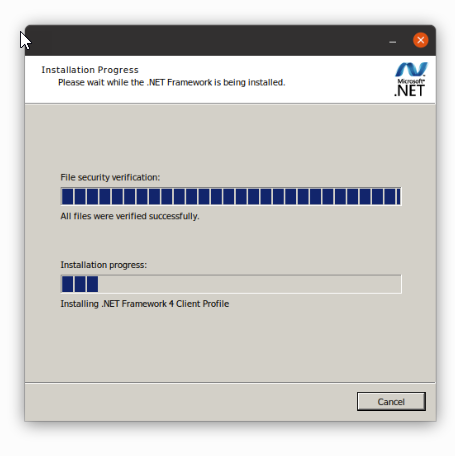 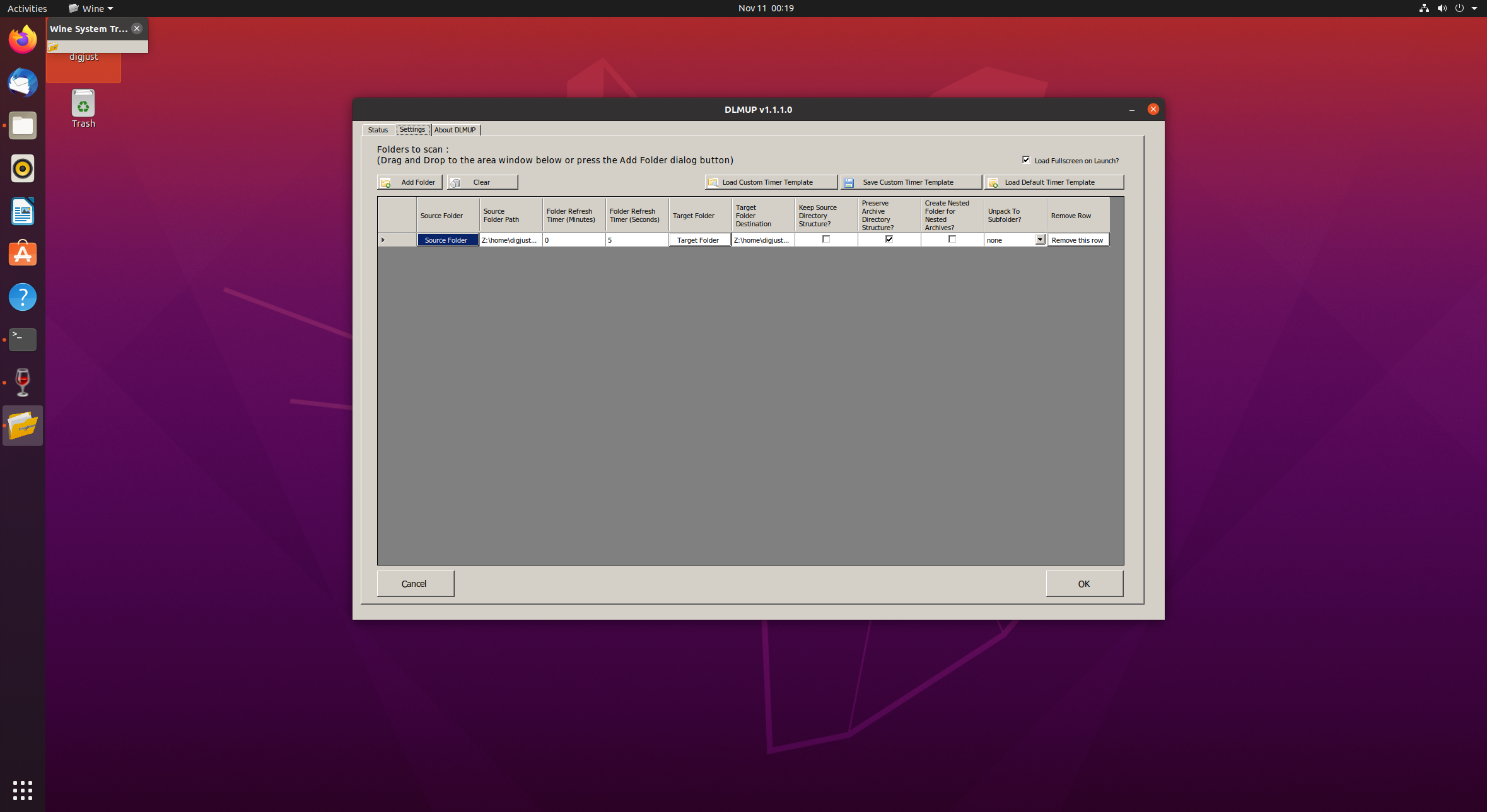 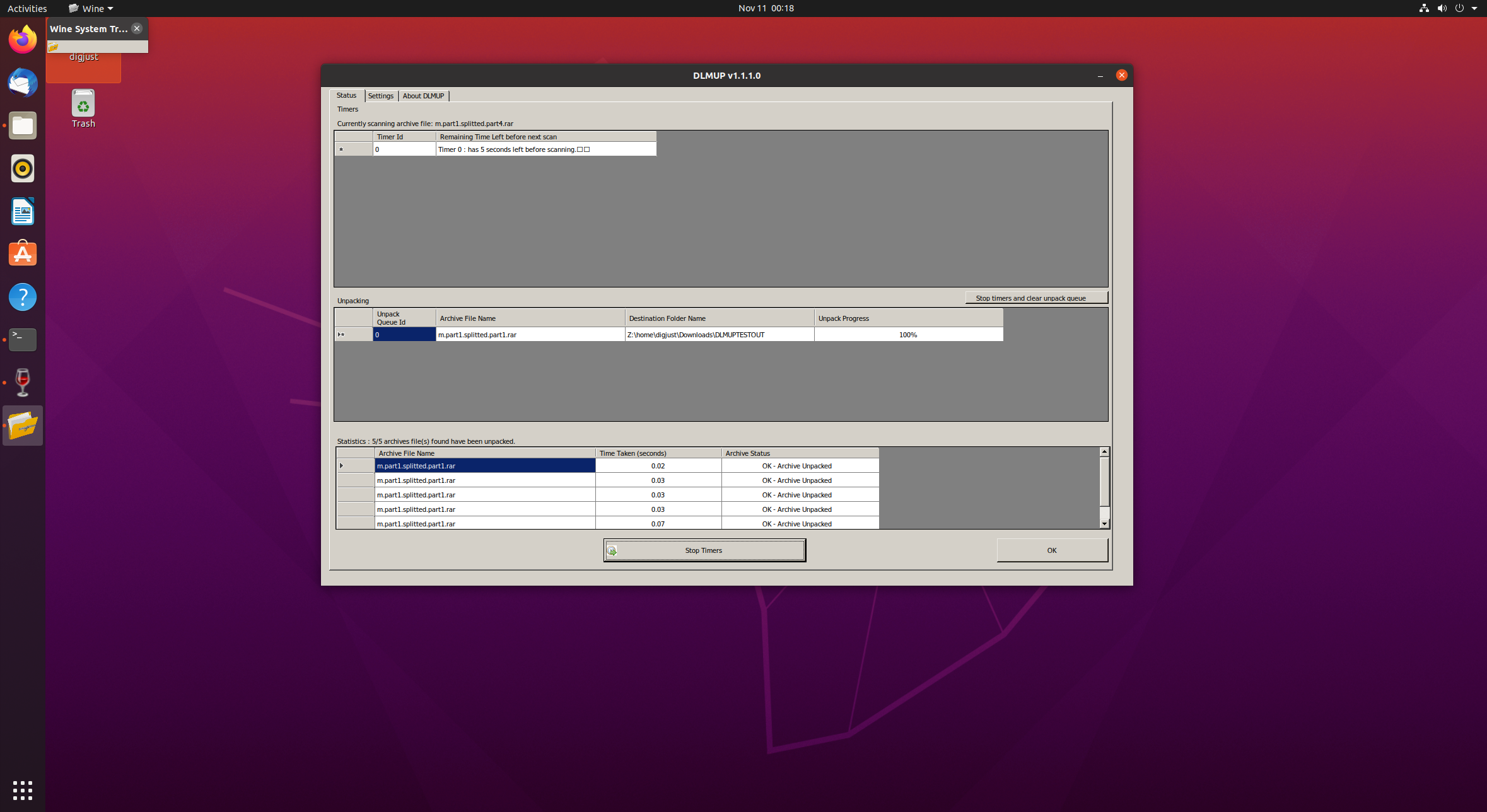 DLMUP v1.1.1.0 has now been released with some great new features and fixes.

The new features (also listed in the Changelog) are :

It took a few days of some heavy coding but DLMUP has been recoded to DLMUP .NET Core, so it can now theoretically run on macOS and Linux as well.

Unfortunately, WinForms support for .NET Core for macOS and Linux hasn't arrived yet so we can't properly test it on other platforms besides Windows yet.

As soon as .NET 5.0 arrives enabling WinForms support for macOS and Linux in mid November 2020, we will test it and release it on the Downloads page!

Thanks for everyone's support!! 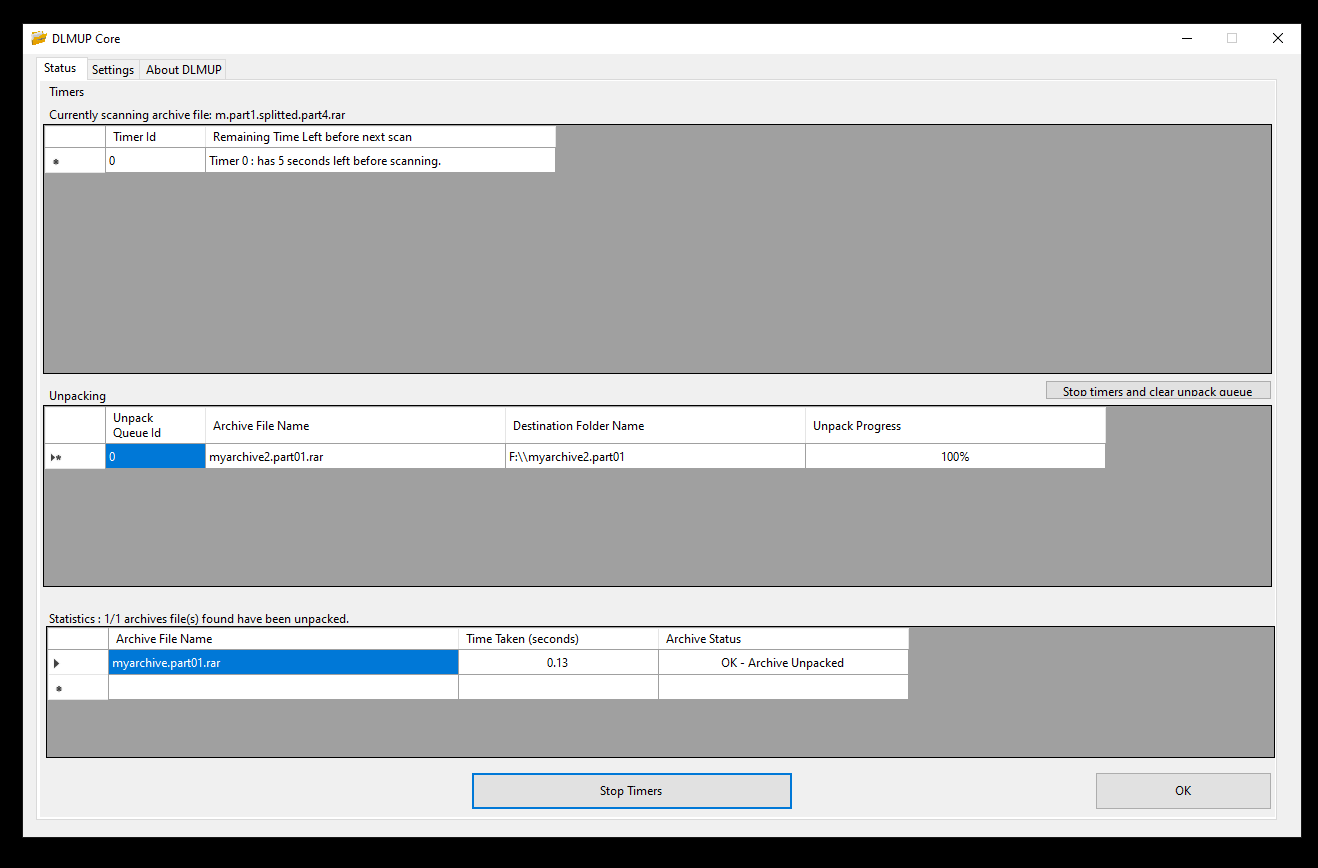 Some exciting news for DLMUP users!

We have just started a new version of DLMUP which will be developed in .NET Core! The existing DLMUP .NET code will be ported from .NET Framework to .NET Core, and DLMUP will then be able to be used in Windows, Linux and macOS!

We had an issue with the DLMUP launch, latest version 1.0.0.0 has been increased to version 1.0.1.0 following reports of some bugs which have now been fixed. Please see DLMUP website changelog for further details. Sorry about that!
Sunday 20th of September 2020 02:00:41 AMDLMUP v1.0.0.0

DLMUP v1.0.0.0 has now been released. Please download it from the Download page, and report any bugs or feedback on the Feedback page.
Wednesday 2nd of September 2020 09:52:57 PMFinal stages of testing!

The team are rigorously testing DLMUP in preparation for a public release of DLMUP v1.0 beta.

The release will be available to everyone from the Download area : https://www.dlmup.com/home/download

Please bear with us as we are hopeful to have our first release in a week or two! Watch this space!

It's been a long time between work on DLMUP and posts but we're well rested and back now.

Unfortunately, this now sets off MalwareBytes and some other anti-virus programs as a false positive match for malicious software.

If this occurs, DLMUP (for now) has to be added to the PC anti-virus exclusions list in order for it to run in the background.

Once we get the app properly signed with a proper certificate, this should no longer happen. 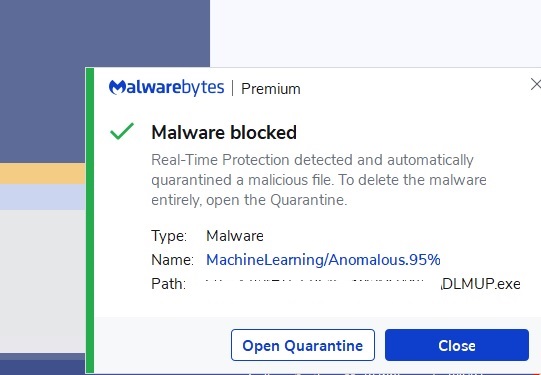 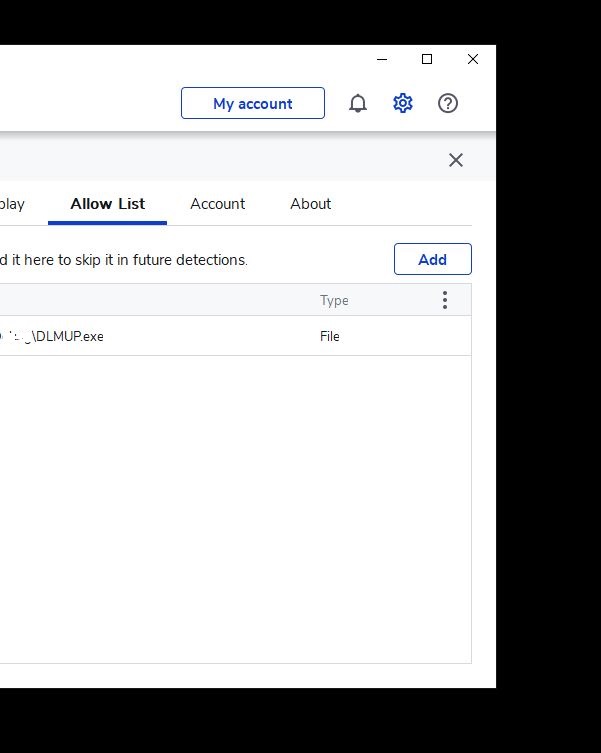 The basic DLMUP installer is now up and running!

Another big step closer to a release date. 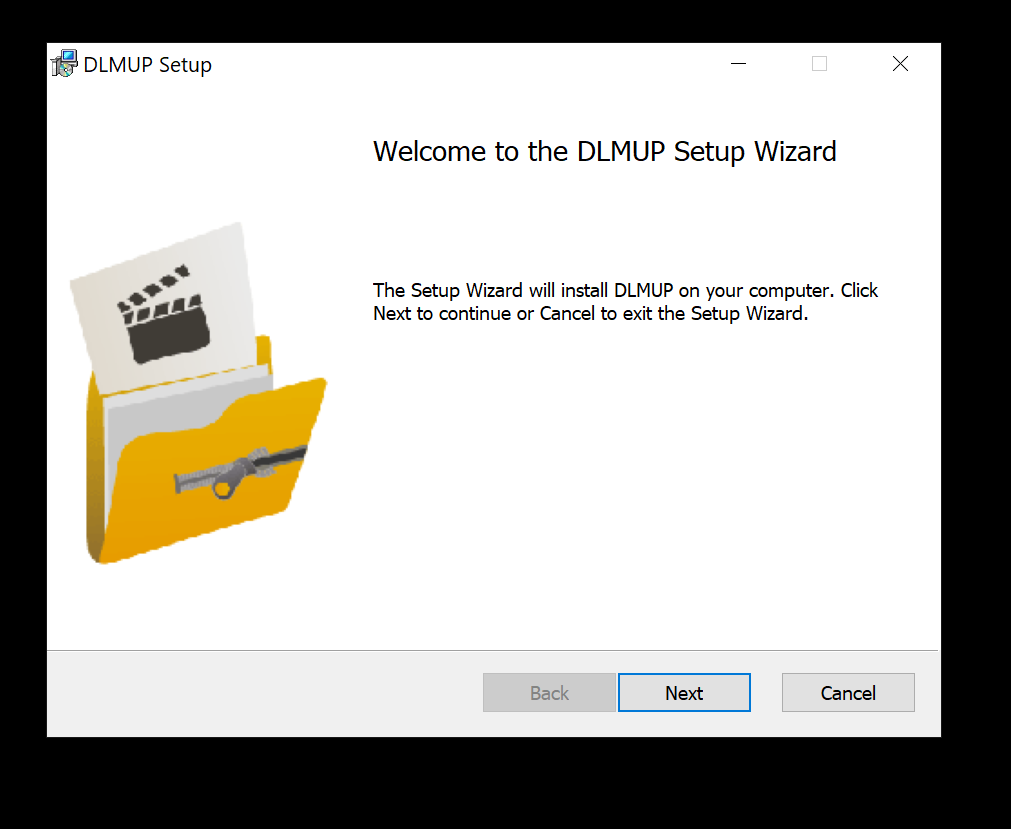 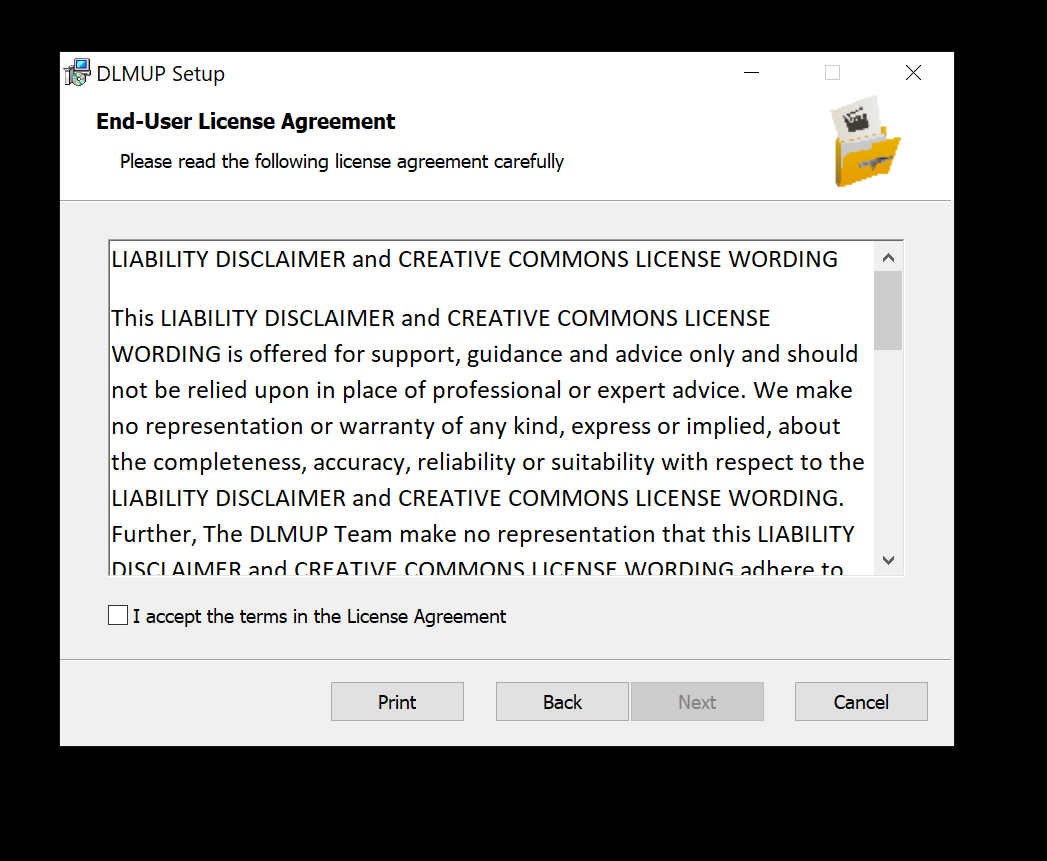 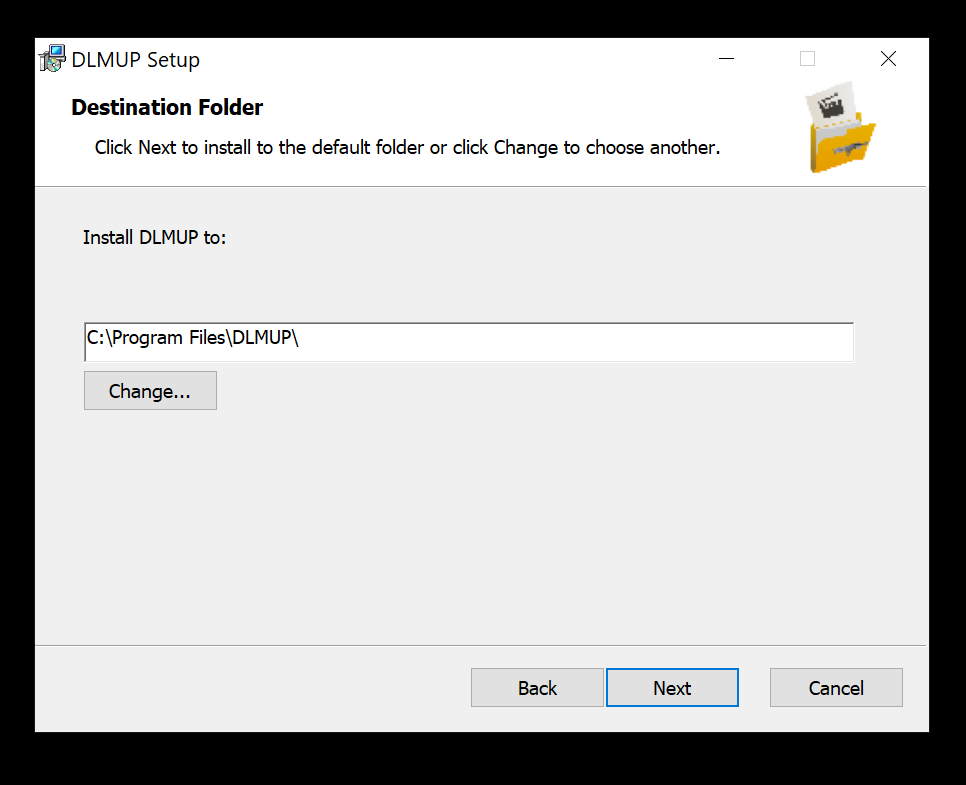 So far the DLMUP coding and testing has been progressing quite well.

We have managed to get through a huge backlog of high priority features and bugs, and as a result, we now have the luxury to start looking at nice-to-have features such as application logging before the program is released.

There's still no update on when we plan to release the app. The Wix Installer still has to be completed too.

Please keep watching the DLMUP News and Changelog to check on our progress!!

Today, thanks to our Lead Tester Jozza we finally achieved a breakthrough in how the archive decompression was being was handled.
Now that we have overcome this hurdle, we are definitely a big step closer to a product release!

Development on DLMUP continues for both the website and the application.

Thanks to Quackmeister for designing and creating a great image to use as the icon for the website and the app!! 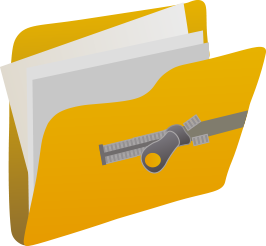