If you are constantly having to unpack compressed downloads then DLMUP is the app for you!

How does it work?

DLMUP runs in the background of Windows and automatically scans source folder(s) periodically on set timer(s) to identify whether any new archive files have been received. It will then unpack these archives into designated folders for you!

After an archive has been unpacked, DLMUP will confirm it has been processed by displaying a 0 byte "Completed" log text file (for that archive series) in the source file's folder to indicate the unpack has been successfully completed. The “Completed” status will also instruct DLMUP not to unpack that archive again.

DLMUP allows you to pre-save and load custom Timer Templates so you can customise when and how frequent the unpacking process is repeated. This also means you don’t have to manually set a timer each time you run the program.

DLMUP currently supports up to 16 timers working simultaneously and it supports decompression of RAR5, RAR4, RAR, ZIP and 7-ZIP archives. It also has optional settings to unpack the contents of the archive to a subfolder (with the archive's name) and it can also optionally preserve the source directory structure and archive directory structure too.

The initial release of DLMUP (v1.0.0.0) was in September 2020. It was created using parts of the 7-ZIP program (www.7-zip.org), and we acknowledge their great work. 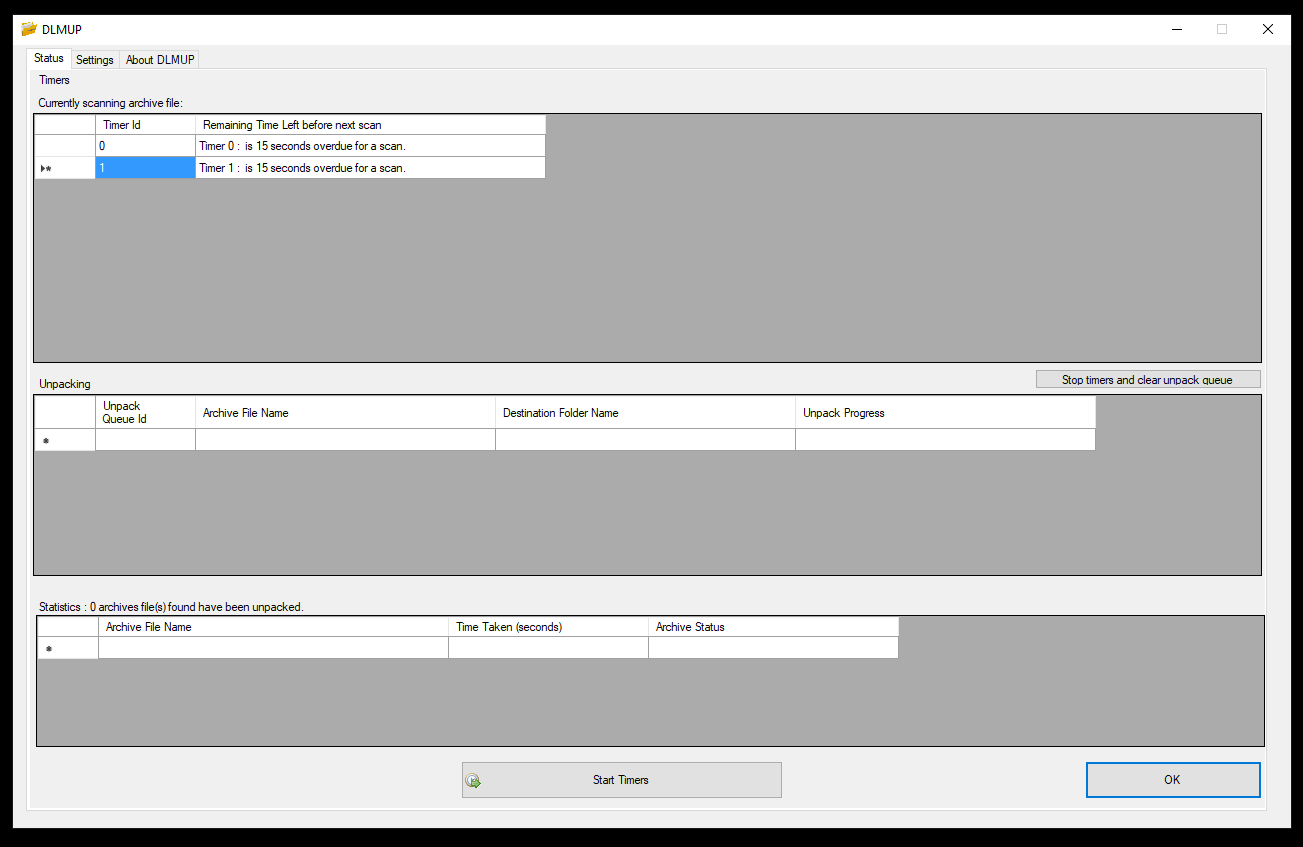 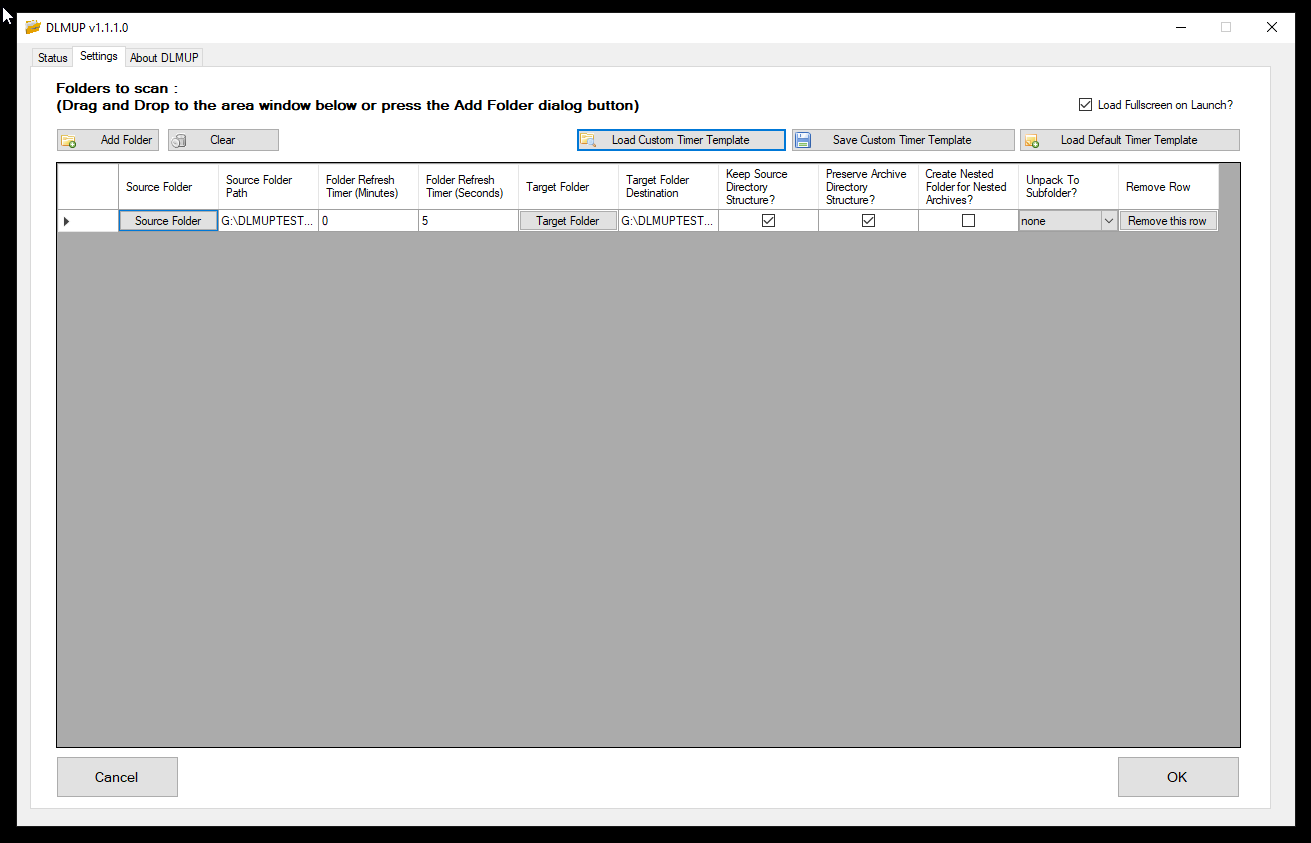